Donald Trump and the Undoing of Justice Reform By The Editorial Board, www.nytimes.comView OriginalFebruary 18th, 2018 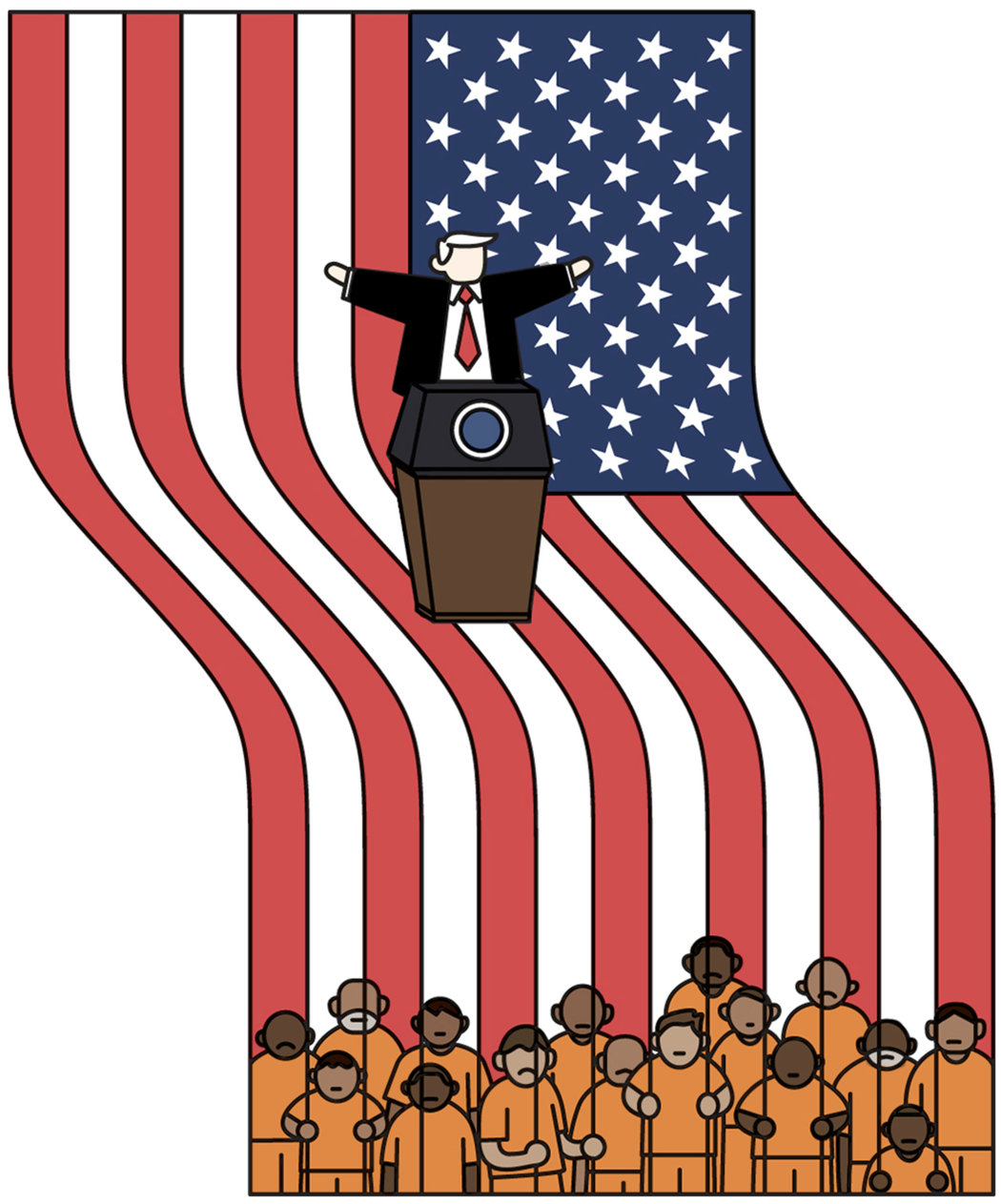 The Editorial Board Of The New York Times - "In the decade or so before Donald Trump became president, America’s approach to criminal justice was changing fast — reckoning with decades of destructive and ineffective policies that had ballooned the prison population and destroyed countless lives. Red and blue states were putting in place smart, sensible reforms like reducing harsh sentencing laws, slashing prison populations and crime rates, and providing more resources for the thousands of people who are released every week.

President Obama’s record on the issue was far from perfect, but he and his first attorney general, Eric Holder Jr., took several key steps: weakening racially discriminatory sentencing laws, shortening thousands of absurdly long drug sentences, and pulling back on the prosecution of low-level drug offenders and of federal marijuana offenses in states that have legalized it. This approach reflected state-level efforts and sent a message of encouragement to those still leery of reform.

Within minutes of taking office, Mr. Trump turned back the dial, warning darkly in his Inaugural Address of “American carnage,” of cities and towns gutted by crime — even though crime rates are at their lowest in decades. Things only got worse with the confirmation of Attorney General Jeff Sessions, who, along with Mr. Trump, appears to be stuck in the 1980s, when politicians exploited the public’s fear of rising crime to sell absurdly harsh laws and win themselves re-election. Perhaps that’s why both men seem happy to distort, if not outright lie about, crime statistics that no longer support their narrative.

Last February, Mr. Trump claimed that “the murder rate in our country is the highest it’s been in 47 years.” Wrong: The national rate remains at an all-time low. It’s true that the 10.8 percent increase in murders between 2014 and 2015 was the largest one-year rise in more than four decades, but the total number of murders is still far below what it was in the early 1990s.

For his part, Mr. Sessions has repeatedly hawked a nationwide crime wave that doesn’t exist, and he has called crime spikes in certain areas a “dangerous, permanent trend that places the health and safety of the American people at risk” — despite the lack of any evidence that recent upticks will last. To the contrary, in 2017 the crime rate in the nation’s 30 biggest cities actually went down.

As bad as the dishonesty is the fact that Mr. Trump and Mr. Sessions have managed to engineer their backward worldview largely under the public’s radar, as a new report from the Brennan Center for Justice documents. Last May, Mr. Sessions ordered federal prosecutors to charge as aggressively as possible in every case — reversing a policy of Mr. Holder’s that had eased up on nonviolent drug offenders and others who fill the nation’s federal prisons. In January, Mr. Sessions rescinded another Obama-era policy that discouraged federal marijuana prosecutions in states where its sale and use are legal. (Mr. Sessions has long insisted, contrary to all available evidence, that marijuana is “a dangerous drug” and “only slightly less awful” than heroin.)

These sorts of moves don’t get much attention, but as the report notes, they could end up increasing the federal prison population, which began to fall for the first time in decades under Mr. Obama.

The reversal of sensible criminal justice reform doesn’t stop there. Under Mr. Trump, the Justice Department has pulled back from his predecessor’s investigations of police abuse and misconduct; resumed the use of private, for-profit prisons; and stopped granting commutations to low-level drug offenders who have spent years or decades behind bars.

Meanwhile, Mr. Sessions, who as a senator was one of the most reliable roadblocks to long-overdue federal sentencing reform, is still throwing wrenches into the works as Congress inches toward a bipartisan deal. Mr. Sessions called the Sentencing Reform and Corrections Act, a sweeping bill that would reduce some mandatory-minimum sentences, and that cleared the Senate Judiciary Committee on Thursday, a “grave error.” That earned him a rebuke from the committee’s chairman, Senator Charles Grassley, who pointed out that the attorney general is tasked with enforcing the laws, not writing them. “If General Sessions wanted to be involved in marking up this legislation, maybe he should have quit his job and run for the Republican Senate seat in Alabama,” Mr. Grassley said.

Mr. Grassley is no one’s idea of a justice reformer, but he supports the bill because, he said, it “strikes the right balance of improving public safety and ensuring fairness in the criminal justice system.”

So what has this administration done right? The list is short and uninspiring. In October, Mr. Trump declared the epidemic of opioid abuse a national emergency, which could be a good step toward addressing it — but he’s since done almost nothing to combat a crisis that killed more than 64,000 Americans in 2016.

In his State of the Union address last month, Mr. Trump promised to “embark on reforming our prisons to help former inmates who have served their time get a second chance.” It’s great if he really means that, but it’s hard to square his assurance with his own attorney general’s opposition to a bill that includes recidivism-reduction programs intended to achieve precisely this goal.

Perhaps the most insidious part of the Trump administration’s approach to criminal justice lies in its efforts to link crime to its broader crackdown on immigration. In a speech last month, Mr. Sessions said undocumented immigrants are far more likely than American citizens to commit crimes, a claim he found in a paper by John Lott, the disreputable economist best known for misusing statistics to suit his own ideological ends. In this case, it appears Mr. Lott misread his own data, which came from Arizona and in fact showed the opposite of what he claimed: Undocumented immigrants commit fewer crimes than citizens, as the vast majority of research on the topic has found.

But no matter; Mr. Trump and Mr. Sessions don’t need facts to run their anti-immigrant agenda, which has already resulted in more than double the number of arrests of immigrants with no criminal convictions as in 2016, as the Brennan Center report noted. Soon after taking office, Mr. Trump issued an executive order cutting off federal funding to so-called sanctuary cities, jurisdictions that refuse to cooperate with federal immigration officials. A federal judge blocked the order in November for violating the Constitution.

The rhetoric from the White House and the Justice Department has emboldened some state and local officials to talk tougher, even if just as ignorantly, about crime. The good news is that it’s not working as well anymore. In Virginia’s race for governor last fall, the Republican candidate, Ed Gillespie, attacked his opponent, Ralph Northam, with ads blaming him for violence by the MS-13 gang.

It was a despicable stunt, its fear mongering recalling the racist but effective Willie Horton ad that George H. W. Bush ran on in his successful 1988 presidential campaign. Thankfully, Virginia’s voters overwhelmingly rejected Mr. Gillespie, another sign that criminal justice reform is an issue with strong support across the political spectrum. In the era of Donald Trump, candidates of both parties should be proud to run as reformers — but particularly Democrats, who can cast the issue not only as a central component of a broader progressive agenda, but as yet another example of just how out of touch with the country Mr. Trump and his administration are."
Posted by John H Armwood II at 9:16 AM