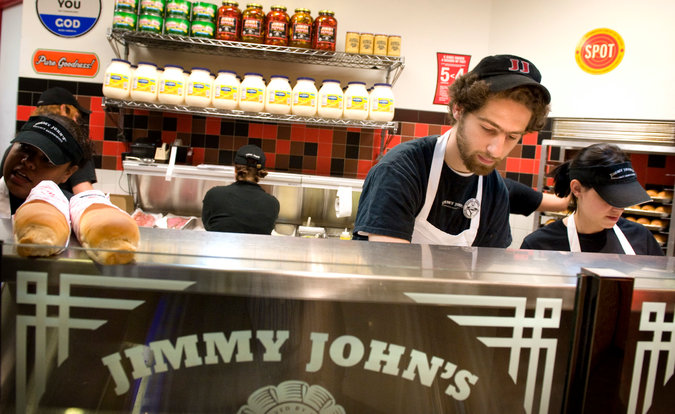 "Even after eight years of economic recovery and steady private-sector job growth, wages for most Americans have hardly budged. It is tempting to think that wage stagnation is intractable, a result of long-term trends, like automation and globalization, that government is powerless to do anything about.

In fact, a growing body of evidence pins much of the blame on a specific culprit, one for which proven legal weapons already exist. But they are not being used.

The culprit is “monopsony power.” This term is used by economists to refer to the ability of an employer to suppress wages below the efficient or perfectly competitive level of compensation. In the more familiar case of monopoly, a large seller — like a cable company — is able to demand high prices for poor service because consumers have no other choice. It turns out that many corporations possess bargaining power over their workers, not just over their consumers. Their workers accept low wages and substandard working conditions because few alternative job opportunities exist for them or because switching jobs is costly. In other words, in the labor market, effectively a small number of employers are competing for their labor.

Monopsony power is frequently created through noncompete clauses and no-poaching agreements and is aimed at the most vulnerable workers. Employers like Jimmy John’s have discovered that they can control and intimidate workers by putting terms in their contracts that limit their ability to find new jobs even after they leave their old one. Jimmy John’s discontinued this practice in response to public outcry and litigation, but noncompete clauses remain ubiquitous."

Corporate America Is Suppressing Wages for Many Workers - The New York Times
Posted by John H Armwood II at 8:04 AM