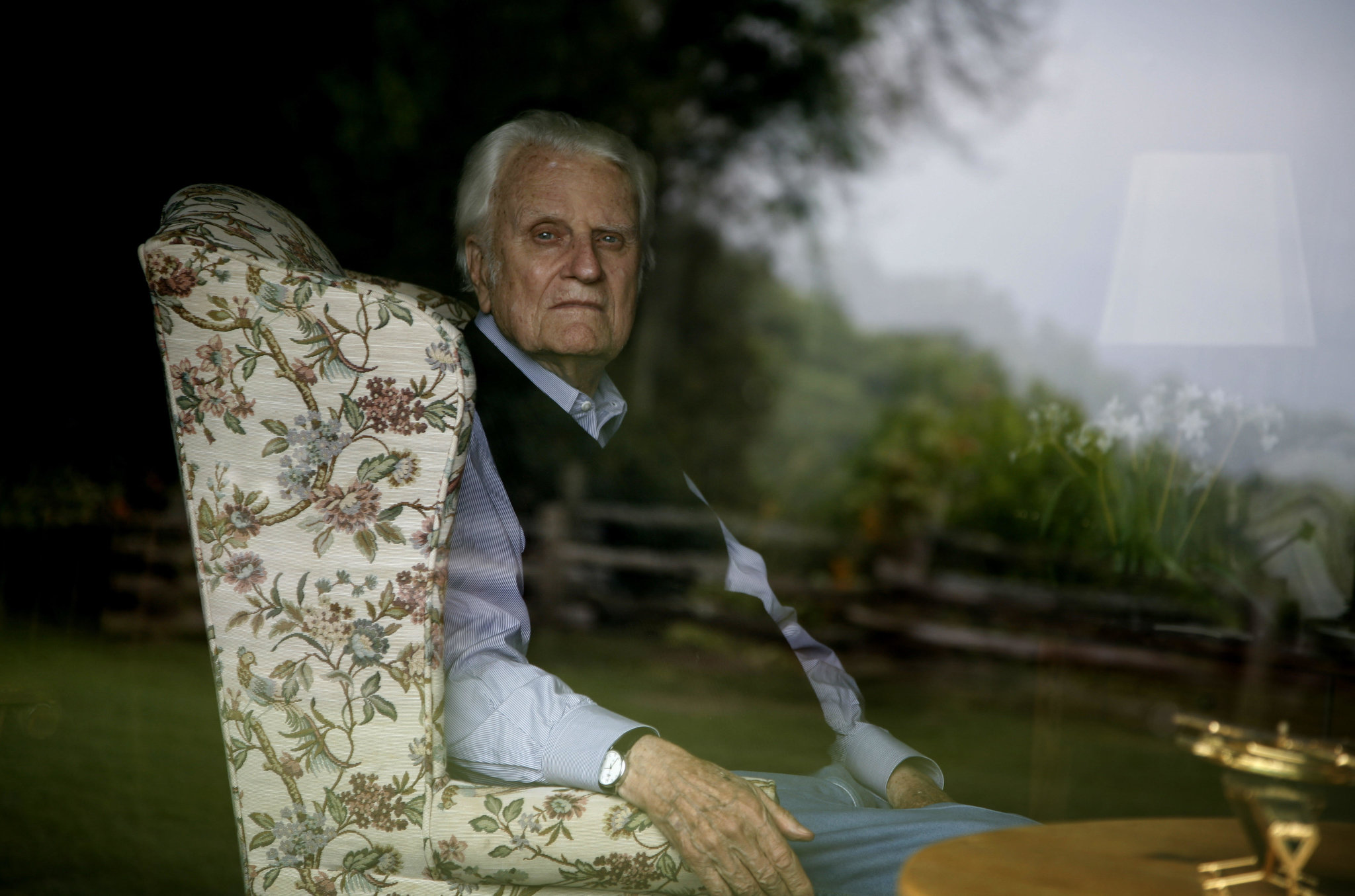 "As one of world Christianity’s most admired leaders, the Rev. Billy Graham, who died on Wednesday at 99, had extraordinary opportunities to affect the character of the Christian religion and to pronounce on its implications for personal conduct. He scored at the top of lists of “most respected” Americans decade after decade. He was loved by millions in the United States and abroad.

But the parochial terms on which Mr. Graham preached Christianity render his career largely a story of missed opportunities. He too often stood aloof from or actively discouraged efforts to revise traditional Protestantism to make it more respectful of the world’s racial and cultural diversity and of the findings of modern science and scholarship.

Mr. Graham led his followers to seek comfort in versions of Christianity familiar to his core constituency, the white population of the Southern, formerly slave-holding region of the United States. He offered only weak challenges to the prejudices and injustices largely tolerated by that population.

When he heard President Richard Nixon utter prejudiced remarks about Jews, for example, Mr. Graham could have challenged him. But as audio tape of their private conversation has revealed, he did the opposite, assuring Nixon that the many Jews who befriended him “don’t know how I really feel about what they’re doing to this country.”

Many of Mr. Graham’s more theologically liberal contemporaries drew upon the words of Jesus of Nazareth and the Apostle Paul to support legislative and court actions to advance civil rights. But he chose to represent anti-black racism as a sin of the individual human heart rather than a civic evil to be corrected by collective political authority.

To his credit, Mr. Graham made a production of racially integrating his revivals and rallies at a time when many white Southern Protestants found this step provocative. But again and again he failed to contest the prevailing view that religious advocacy for civil rights was “meddling” with politics while acceptance of the inherited structures of inequality in the Jim Crow South was not.

The same pattern emerged in Mr. Graham’s approach to Christian witness in the world beyond the United States. He supported a fundamentalist reading of the Bible in the mission fields of Africa and Asia, while more ecumenical groups like the World Council of Churches promoted less sectarian versions of Christianity and less conversion-centered modes of interaction with the peoples of the globe.

There is no more perfect emblem for Mr. Graham’s global legacy than the 2003 declaration of his son and designated spiritual heir, the Rev. Franklin Graham, that President George W. Bush’s decision to go to war in Iraq presented Christians with a great opportunity to convert the population of Iraq from the “wicked” religion of Islam.

Liberal Protestant and Catholic leaders have long articulated and ably defended many variations on the old faith that accommodate what modern science and scholarship have discovered about our world. But Mr. Graham, who could have done the same, acquiesced in the provincial suspicions of modern intellectual life — suspicions that keep millions of the faithful away from an honest engagement with the Darwinian revolution in natural history and with historical and archaeological findings about the origins of the Bible as a human document. Never was the American theologian Reinhold Niebuhr more right than when he warned in 1957 that Mr. Graham promoted childlike religious emotions and obscurantist ideas.

Mr. Niebuhr presents a revealing contrast to Mr. Graham. Mr. Niebuhr was a key leader of the so-called Protestant establishment, the complex of liberal, ecumenical denominations that dominated the public face of Christianity in the United States until the 1970s. Mr. Graham was the most conspicuous leader of the rival, evangelical Protestantism that gradually but decisively seized control of the symbolic capital of Christianity from the Methodists, Presbyterians, Episcopalians, Lutherans and other mainstream groups within the Protestant establishment.

From the 1970s onward the Grahams of American religion triumphed over the Niebuhrs, largely because the evangelicals continued to espouse a cluster of ideas that remained popular with the white public while the liberal, ecumenical leadership abandoned these same ideas as indefensibly racist, sexist, imperialist, chauvinistic, homophobic and anti-intellectual.

Prominent among these ideas was the assertion that the United States was a “Christian nation,” rather than one in which persons of many faiths, and of no faith at all, were civic equals. Another such idea was that claim that the heterosexual, nuclear, patriarchal family was God’s will. Yet another was that faith in Jesus was the only road to salvation.

Mr. Graham had a choice as to where he would urge his followers to come down on these issues. Consistently, he distanced himself from the efforts of ecumenists to revise Christianity in cosmopolitan directions. He encouraged his vast and devoted following to believe that God’s word was unchanging and that liberals were substituting their own ideas for those of a supernatural, unchanging deity revealed in the Bible. He dumbed down his inherited faith instead of helping it to address the challenges of modern times.

The memory of Mr. Graham is rightly honored by those who shared his values and the goals for which he mobilized evangelical Christianity. But the rest of us can surely be forgiven if we remember him differently."