Trump’s Immigration Remarks Outrage Many, but Others Quietly Agree - The New York Times 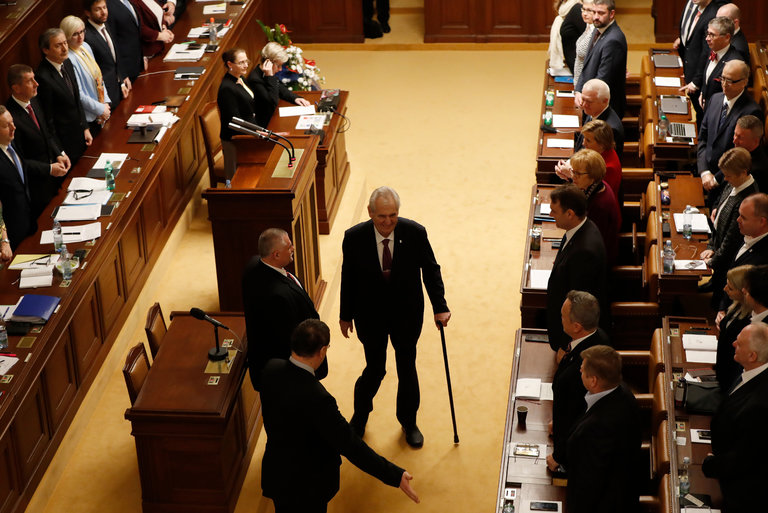 "LONDON — The Czech president has called Muslim immigrants criminals. The head of Poland’s governing party has said refugees are riddled with disease. The leader of Hungary has described migrants as a poison.

So when President Trump said he did not want immigrants from “shithole” countries, there was ringing silence across broad parts of the European Union, especially in the east, and certainly no chorus of condemnation.

In fact, some analysts saw the remarks as fitting a pattern of crude, dehumanizing and racist language to describe migrants and asylum seekers that has steadily edged its way into the mainstream. Coming from the White House, such words may be taken by some as a broader signal that racism is now an acceptable part of political discourse.

“What we see now is a conscious policy to reintroduce language that was previously not acceptable in debate,” said Gerald Knaus, the director of the European Stability Initiative, a Berlin-based research organization that has played a leading role in forming recent European migration policy.

To be sure, Mr. Trump’s choice of words drew condemnation from around the world. Botswana and Haiti asked for meetings with American diplomats to clarify what Mr. Trump said and what he believes. The president of Senegal, Macky Sall, was one of many who saw racism in the remarks. “Africa and black people deserve the respect and consideration of all,” he wrote on Twitter.

But the political reality is that migration has become a salient issue — and not only for right-wing, populist and nativist politicians. Across many affluent societies, people are anxious about technological change, rising inequality and stagnant wages, and they have focused their ire at the global flows of capital and, especially, labor. There are also concerns about demographic change, as the world becomes less white and as western societies age.

Moreover, the chaos and violence that have driven people from the Middle East, Southwest Asia and sub-Saharan Africa to seek to live elsewhere, even as far away as Australia and Canada, have also raised fears about refugees who do not appreciate the values of the countries hosting them — or even worse, fears of terrorists taking advantage of humanitarian policies to infiltrate societies and then carry out attacks.

Hours before the news of Mr. Trump’s comments broke on Thursday, the United Nations secretary general, António Guterres, spoke about the need for more “safe, orderly and regular” migration.

He implored nations to “use facts, not prejudice” to address the challenges of migration.

“Globally, migration remains poorly managed,” he acknowledged. “The impact can be seen in the humanitarian crises affecting people on the move, and in the human rights violations suffered by those living in slavery or enduring degrading working conditions. It can be seen, too, in the political impact of public perception that wrongly sees migration as out of control. The consequences include increased mistrust and policies aimed more at stopping than facilitating human movement.”

Mr. Knaus, of the European Stability Initiative, was one of several commentators who expressed fear that Mr. Trump would only embolden xenophobic rhetoric.

“This will have consequences because it’s widely followed,” he said. “In every Austrian and German village, they follow what the U.S. president is doing.”

Trump’s Immigration Remarks Outrage Many, but Others Quietly Agree - The New York Times
Posted by John H Armwood II at 10:31 AM