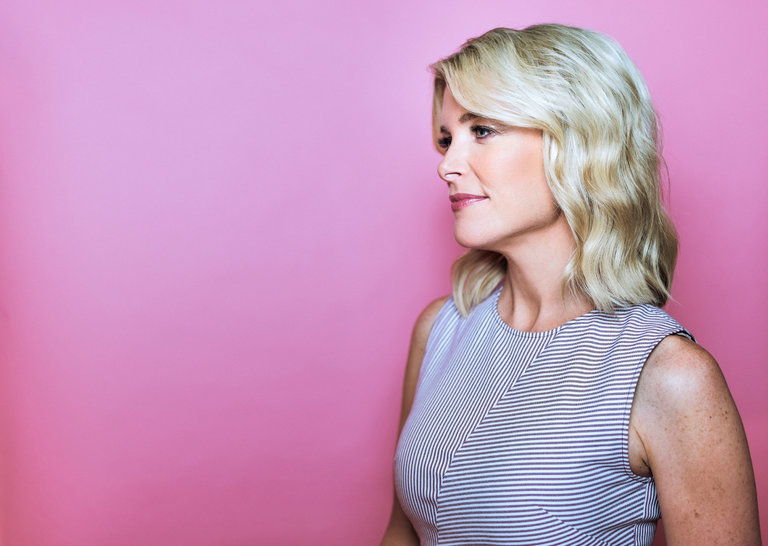 "You know that part in “Jurassic Park” when Dr. Grant and the kids are about to get chomped by velociraptors, but the Tyrannosaurus rex shows up and demolishes the raptors with her superior jaws? And you kind of forgive the T. rex for the first half of the movie when she was insatiably hungry for child meat, because in the end she stuck her neck out, as only a dino could, so our heroes could get away?

That’s how I feel when Megyn Kelly goes in on Fox News and Bill O’Reilly. Except, of course, that Kelly, unlike a fictional dinosaur, has been through some truly horrific sexual violations, including vile and gendered comments from a man who is now the president of the United States, as well as an online silencing campaign that will most likely continue for as long as she refuses to capitulate. (Though, by the same token, that T. rex, as far as we know, has never gone on television and insisted that “Santa just is white.”)

It’s a long, silly way to express the conflict at the heart of “the enemy of my enemy is my friend.” Sometimes the enemy of your enemy is still your enemy. Kelly spent more than a dozen years as part of the Fox News machine, churning out the same brand of soft propaganda that helped lead to the Iraq war, the Tea Party and, eventually, “fake news” and President Trump.

Kelly happily trafficked in racist tropes for profit — black communities have a “thug mentality,” asking repeatedly whether the deaths of Eric Garner and Michael Brown were necessarily related to race — until her own dehumanization at the hands of Roger Ailes, O’Reilly and others became untenable. If you’ve heard the term “white feminism” tossed around your social media feeds, this is a prime example: fighting for freedom and justice as far as the boundaries of your own identity and not beyond.

It’s an unfortunate reality that Kelly’s stature as a right-of-center icon confers a degree of credibility that the Fox News rank and file — and, let’s be honest, the public — withhold from the traditional heralds of the ills of rape, abuse and sexual harassment: feminists. Activists and scholars who devote their lives to the study of gender-based violence and its legislative and social amelioration have been systematically smeared as reactionary liars. America’s traditionalist wing has set a tidy trap: The more you actually know about the way abuse functions, the less seriously you’re taken. So, what do we do with the fact that, as destructive as some of Kelly’s work has been, there are people who listened to her indictment of Ailes who would never have listened to, say, Anita Hill.

When Kelly finds a righteous purpose, she is potent. She found one this week, when — with the Harvey Weinstein sexual abuse allegations still at a fevered peak — news broke that O’Reilly had agreed to pay a $32 million settlement to the former Fox News legal analyst Lis Wiehl.

“That is a jaw-dropping figure,” Kelly said Monday on her new NBC morning show. “O. J. Simpson was ordered to pay the Goldman and Brown families $33.5 million for the murders of Ron and Nicole. What on earth would justify that amount? What awfulness went on?”

In a profoundly hostile and disturbing interview about the settlement, O’Reilly told The New York Times that he had been the subject of no formal complaints to human resources in 43 years. Kelly dunked on that one, too: “O’Reilly’s suggestion that no one ever complained about his behavior was false. I know because I complained.”

She also released an email that she sent to Fox executives in 2016, when O’Reilly dismissed sexual harassment allegations on air. “Perhaps he didn’t realize the kind of message his criticism sends to young women across this country about how men continue to view the issue of speaking out about sexual harassment,” Kelly wrote.

It’s a phrase that wouldn’t have been out of place in Bitch or Bust or Jezebel. But what about the kind of message American conservatism has been sending to young women — particularly women who are not wealthy and white and conventionally attractive and heterosexual — for generations?

Kelly crystallizes an uncomfortable tension that’s risen to the fore since the Weinstein story hit: What happens when #MeToo meets “I’m not a feminist, but”? It goes without saying that men across the political spectrum routinely victimize the women in their lives. It goes without saying because feminists have already been saying it for years. Yet, in the flood of anger and catharsis this past week, I’ve seen multiple eloquent and heartbreaking accounts of rape and abuse from conservative women, who are careful to specify that they are not like those other women, those radicals, those tedious, troublesome feminists. That’s fine. Whether you like us or not, we carved out this space for you.

Conservative women, anti-feminist women, apolitical women, it is simply a fact: You are participating in feminism just by being alive. In the most passive sense, you are beneficiaries. You can vote, you can work, you can have your own bank account, you can bring a sexual harassment claim against someone at your place of employment, you can prosecute your husband for rape, you can get an abortion. These rights weren’t just won by the women’s movement of the past; they are protected by the feminist movement of today — and they are under constant attack by the Republican Party, particularly the current administration.

But in a more active sense, by participating in #MeToo, by fighting back against harassment, by telling your story, you are standing up for the idea that women are autonomous human beings who are preyed upon and subordinated by men. Sorry, but that’s feminism. We’ll be here when you’re ready."

The Megyn Kelly Problem - The New York Times
Posted by John H Armwood II at 10:06 AM