The American Flag And My Terror Of American Patriotism, 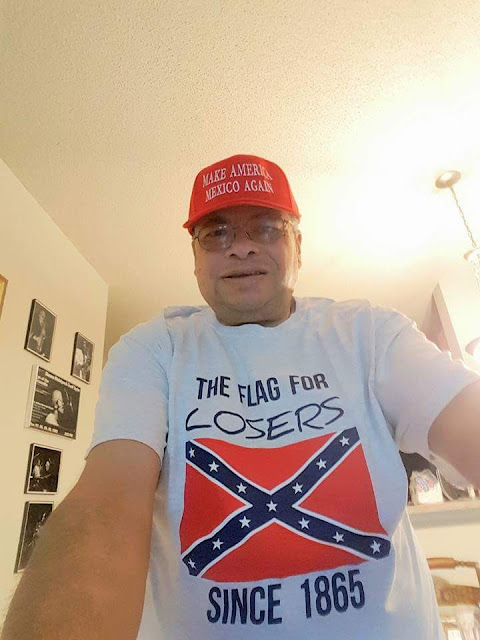 One of life's joys is that no wonder how old you are you never stop discovering and experiencing both discoveries and revelations about oneself. One occurred for me a few minutes ago. I just came from the Kroger Supermarket near home ostensibly to pick up some prescriptions and non alcoholic beverages. At the door were a couple of Cub Scouts and there father or pack leader. Every time I see scouts out and about in uniform I make sure that I salute them and recite to the the scout oath and then the scout law. I do it with pride. I even bought a $10.00 bag of popcorn from them today which blew a small whole in my budget. I spent ten years in scouting until as an Explorer I was pushed out of the Post by our leader, a member of the John Birch Society, for opposing and refusing to participate in Richard Nixon and Billy Graham's "Honor America Day" in 1970, a counter march to the many anti-Vietnam War marches of that era, many of which I participated in. I was proud of being kicked out of scouts over the Vietnam War and have never felt any anger or bitterness towards scouting. I learned many life lessons in scouting and I believe my love for nature and the woods was either born there or at least nurtured there. On the other hand I have not said the "Pledge of Allegiance" or sung the "Star Spangled Banner" since I was in the 8th grade. My former students know that I school assembly I always stood silent with my hands folded in front of me during the recitation of the "Pledge of Allegiance". I have never felt any allegiance to this country and have always been slightly frightened by people who display the flag. Growing up in all White neighborhoods and being in all White classes at school the flag was shown by people who generally were the most racist. I have always associated American patriotism and nationalism with racism. The Confederate flag has always represented an extreme form of this racism and I always seen it as a precursor to the Nazi Swastika. Today I realized why the American flag, the "Pledge of Allegiance and the Star Spangled Banner as well as other patriotic songs save for the "Battle Hymn of the Republic" have caused such a primal and visceral gut reaction from me. They represent an America that has attacked me and not protected me. They represent my enemies. Muhammad Ali expressed it best when I was a child and I have never forgotten it in describing his opposition to the "War In Vietnam. He said, "No Vietnamese had ever called him a nigger". I have always known how he felt. I was taunted with that epithet at school and in the environment around school throughout my childhood. America has never been my protector. American patriotism has always represented my tormentors. John H Armwood
Posted by John H Armwood II at 3:25 PM