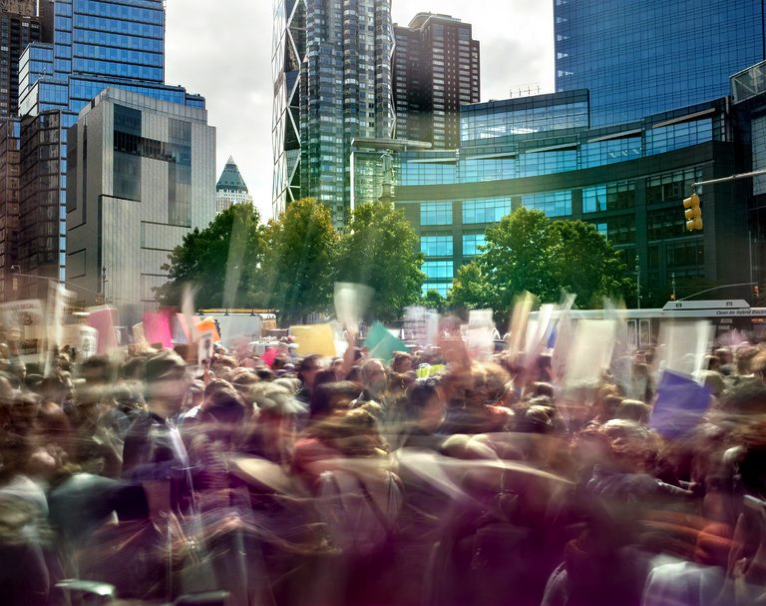 "The day after Mr. Trump’s inauguration saw enormous protests across the country that incorporated a panoply of groups and interests. For those of us on the left, the millions of protesters in pink hats and the dads toting funny signs was a promising sight: Could this be the moment that liberals were converted into radicals?

The years since the 2008 financial crisis have seen a wave of protest movements, including Occupy, Black Lives Matter and immigrant rights campaigns. What’s different now — and what’s encouraging — is that new people are getting involved, those for whom the status quo before Mr. Trump’s arrival in the White House didn’t necessarily seem so bad.

But the resistance can’t just adopt the symbols and language of revolutionaries. It has to involve the whole package — including radical leadership and ideas. To win meaningful victories, the resistance needs to look beyond the White House or even Congress, and toward solutions that attack inequality and injustice at its roots. That will require not just energy and money but also listening to and working with activists who have been resisting since long before Mr. Trump arrived on the political scene and who might have opinions far to the left of the Democratic Party."

(Via.).  Is Donald Trump Turning Liberals Into Radicals? - The New York Times: