How Immigration Foiled Hillary - The New York Times - As so many of us have been saying, contra to ther media's narrative the Trump victory was about race and the browning of America. 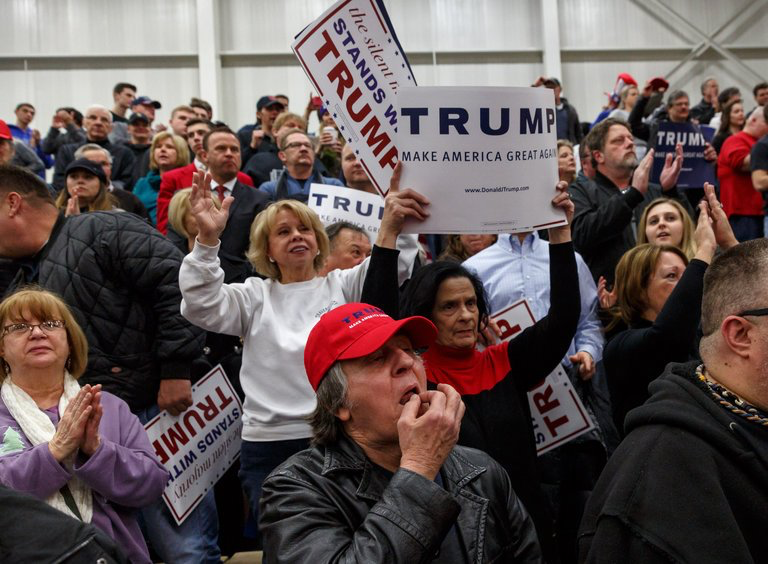 “...In ‘What I Got Wrong About the Election,’ for example, published right after Clinton lost, David Plouffe, who had managed the Obama campaign in 2008, wrote that

Plouffe added that this ‘happened in thousands of counties throughout the country, and it added up quickly.’

What Democrats missed was the profound political impact recent immigration trends were having on the more rural parts of the once homogeneous Midwest — that the region had unexpectedly become a flash point in the nation’s partisan immigration wars.

In a Brookings essay published last month, John C. Austin, director of the Michigan Economic Center, a local think tank, writes that the region is experiencing a ‘steady stream of immigrants from Mexico, Central America, Asia, Africa, and the Middle East.’

As a result, Austin continues,

Immigration has become an unambiguous factor in this racially charged Midwestern landscape. While immigrant-rich states like Arizona, California, and Florida are often at the center of immigration policy discussions, the political debate about the role of immigrants burns hottest in the heartland.

Austin went on, in an email, to provide more detail about the power of immigration to move white voters into the Trump column:

The 'rural’ voters here are some farmers, but more likely, as in the hinterlands outside Flint, Monroe, Toledo, Erie, or Janesville, Wisconsin, they are mostly white, working class blue collar workers or retirees, many, sadly, who fled their small cities to escape blacks. They are anxious about the economic prospects for their future, their aging communities (the kids have fled), making folks mad. And now all these immigrants come and are changing the society!! Just as Macomb County, where working class white voters fled Detroit in advance of blacks, now sees nearby communities like Hamtramck becoming (in their view) a Bangladeshi bazaar — and they don’t like that. And they are easily fanned to blame those folks.

In February 2017, Stanley Greenberg, a Democratic pollster and strategist, conducted four postelection focus groups with white voters who had cast ballots for Trump in Macomb County, Michigan, an area he has been studying since 1985. The participants were not Republicans. They were whites without college degrees who identified themselves as independents, as Democratic-leaning independents, or as Democrats who voted for Obama in 2008, 2012 or both.

‘Immigration is a powerful issue for these Trump voters, representing a demand that citizens come before noncitizens, Americans before foreigners, and that we take care of home first before abroad,’ Greenberg wrote in his report for The Roosevelt Institute:

They believe that we have 'opened up our borders, they pretty much made it a free for all' which means fewer jobs and greater demands on government services and more concerns about safety.

Greenberg’s report is replete with revealing quotes from the focus groups:

I went and finally signed up for Medicaid, and I’m standing in the damn welfare office, and I’m looking around at all of these people that can’t even say h

ello to me in English. But they’re all there with appointments for their workers, which means they have the health care, they have the food stamps.... If you can come from somewhere else, why can’t we all get it?

My grandson’s school, I went to as a child, there are hardly any — I’ll just say American families there now. It’s mostly Middle Eastern and people all standing outside waiting for their kid, to pick them up at the end of the day, and nobody’s speaking English. Everyone’s speaking other languages, which, there’s nothing wrong with other languages.

You know what, like where I’m working, at Kroger, how many Spanish people I wait on. The universal language — I don’t care, if you smile — hello, I don’t care what country you’re from, but some of these people, they act like they can’t do that, even. It’s like, 'You know what? You’re in America.' Get with either — you can learn to say hello, goodbye, thank you, in our language. This is America.

Three developments are taking place in the rust belt simultaneously.

First, as recently as 2000, many of the key Midwestern counties that moved from blue to red in 2016 had very few minority residents. Since then, their immigrant populations began to increase at a rapid rate well above the national average. Second, at the same time that immigrants are moving in, younger native-born residents are leaving in droves to seek employment elsewhere, while the remaining white population is aging and is often hostile to change. It is the perfect formula for cultural conflict, and Trump proved to be the perfect candidate to exploit it. Finally, these changes are taking place in a region that Austin points out is home to ‘15 of the nation’s 25 major metro areas with the sharpest black-white segregation,’ making it even more unreceptive to nonwhites than other sections of the country.

One way to understand what has been taking place recently in the Midwest is through the use of a measure called the diversity index. This index ranks geographic areas — states, counties and ZIP codes — on a scale from 0 to 100. The higher the number, the more likely that two people chosen at random will be different by race and origin. Put another way, a higher number means more diversity, a lower number, less diversity. (The diversity index for states and counties can be found here.)

Arrayed on a diversity index, Michigan with an index of 42, Wisconsin at 35, Ohio at 36, and Pennsylvania at 41, all rank in the bottom twenty — i.e., the least diverse — of the fifty states. The diversity index for the entire country is substantially higher at 63. Examples of states with very high diversity indexes include California at 79; Nevada at 73; Texas at 70; and New York at 70.

A rapid rate of growth in the percentage of immigrants in communities that have in the past experienced little diversity is particularly explosive.

Benjamin J. Newman, a political scientist at the University of California-Riverside, described this phenomenon in a 2013 paper:

In other words, communities that are close to 100 percent white will react intensely to a modest increase in foreign-born residents, while highly diverse communities will shrug it off.

Exit poll data from 2016 shows how critical opposition to immigration in the Midwest was to Trump’s victory…."