How Computers Turned Gerrymandering Into a Science - The New York Times 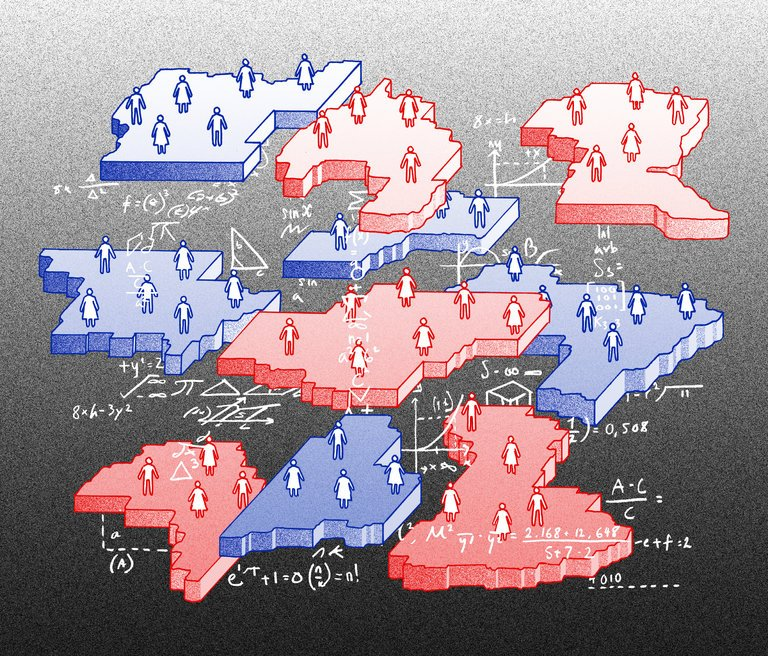 "MADISON, Wis. — About as many Democrats live in Wisconsin as Republicans do. But you wouldn’t know it from the Wisconsin State Assembly, where Republicans hold 65 percent of the seats, a bigger majority than Republican legislators enjoy in conservative states like Texas and Kentucky.

The United States Supreme Court is trying to understand how that happened. On Tuesday, the justices heard oral arguments in Gill v. Whitford, reviewing a three-judge panel’s determination that Wisconsin’s Republican-drawn district map is so flagrantly gerrymandered that it denies Wisconsinites their full right to vote. A long list of elected officials, representing both parties, have filed briefs asking the justices to uphold the panel’s ruling.

Other people don’t see a problem. Politics, they say, is a game where whoever’s ahead gets to change the rules on the fly. It’s about winning, not being fair.

But this isn’t just a politics story; it’s also a technology story. Gerrymandering used to be an art, but advanced computation has made it a science. Wisconsin’s Republican legislators, after their victory in the census year of 2010, tried out map after map, tweak after tweak. They ran each potential map through computer algorithms that tested its performance in a wide range of political climates. The map they adopted is precisely engineered to assure Republican control in all but the most extreme circumstances.

In a gerrymandered map, you concentrate opposing voters in a few districts where you lose big, and win the rest by modest margins. But it’s risky to count on a lot of close wins, which can easily flip to close losses. Justice Sandra Day O’Connor thought this risk meant the Supreme Court didn’t need to step in. In a 1986 case, she wrote that ‘there is good reason to think political gerrymandering is a self-limiting enterprise’ since ‘an overambitious gerrymander can lead to disaster for the legislative majority.’"

(Via.).  How Computers Turned Gerrymandering Into a Science - The New York Times: