Here's How Breitbart And Milo Smuggled White Nationalism Into The Mainstream 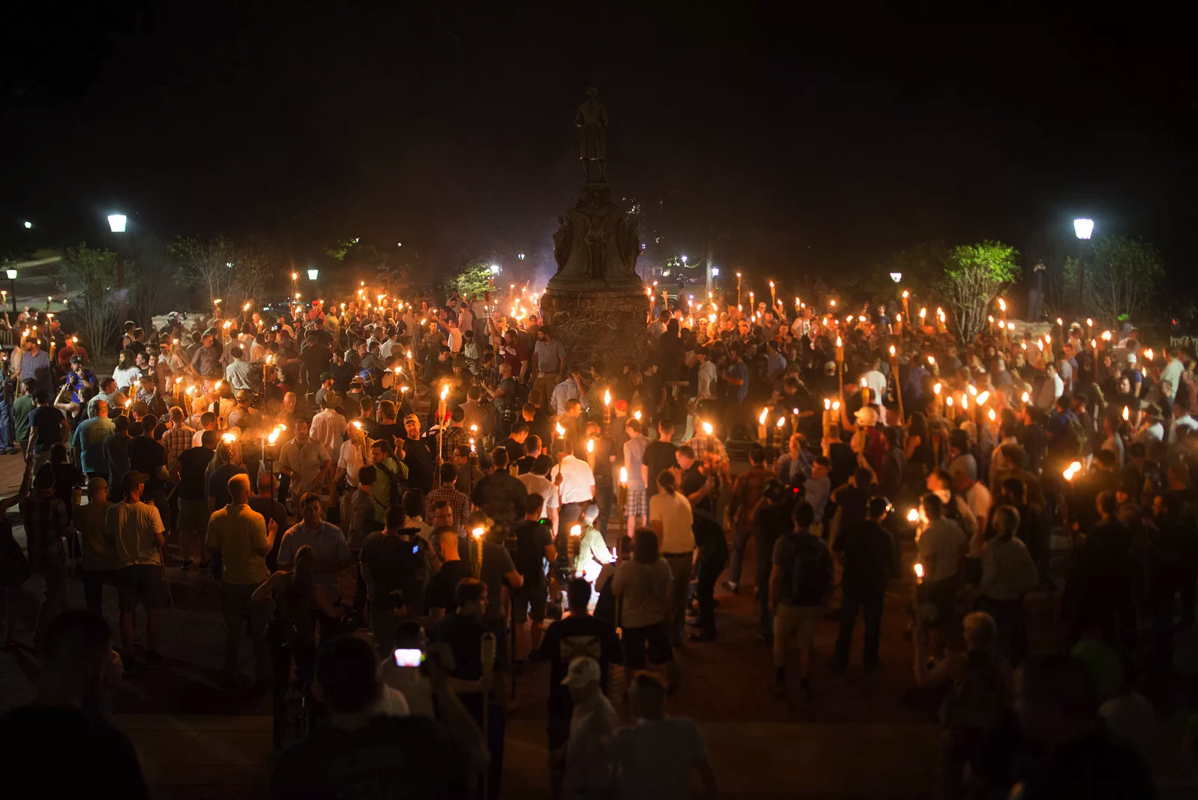 "In August, after a white nationalist rally in Charlottesville ended in murder, Steve Bannon insisted that 'there's no room in American society' for neo-Nazis, neo-Confederates, and the KKK.

But an explosive cache of documents obtained by BuzzFeed News proves that there was plenty of room for those voices on his website.

During the 2016 presidential campaign, under Bannon’s leadership, Breitbart courted the alt-right — the insurgent, racist right-wing movement that helped sweep Donald Trump to power. The former White House chief strategist famously remarked that he wanted Breitbart to be ‘the platform for the alt-right.’

Josh Edelson / AFP / Getty Images Milo Yiannopoulos at the University of California, Berkeley, on September 24. The Breitbart employee closest to the alt-right was Milo Yiannopoulos, the site’s former tech editor known best for his outrageous public provocations, such as last year’s Dangerous Faggot speaking tour and September’s canceled Free Speech Week in Berkeley. For more than a year, Yiannopoulos led the site in a coy dance around the movement’s nastier edges, writing stories that minimized the role of neo-Nazis and white nationalists while giving its politer voices ‘a fair hearing.’ In March, Breitbart editor Alex Marlow insisted ‘we’re not a hate site.’ Breitbart’s media relations staff repeatedly threatened to sue outlets that described Yiannopoulos as racist. And after the violent white supremacist protest in Charlottesville, Virginia, in August, Breitbart published an article explaining that when Bannon said the site welcomed the alt-right, he was merely referring to ‘computer gamers and blue-collar voters who hated the GOP brand.’

These new emails and documents, however, clearly show that Breitbart does more than tolerate the most hate-filled, racist voices of the alt-right. It thrives on them, fueling and being fueled by some of the most toxic beliefs on the political spectrum — and clearing the way for them to enter the American mainstream.

It’s a relationship illustrated most starkly by a previously unreleased April 2016 video in which Yiannopoulos sings ‘America the Beautiful’ in a Dallas karaoke bar as admirers, including the white nationalist Richard Spencer, raise their arms in Nazi salutes.

These documents chart the Breitbart alt-right universe. They reveal how the website — and, in particular, Yiannopoulos — links the Mercer family, the billionaires who fund Breitbart, to underpaid trolls who fill it with provocative content, and to extremists striving to create a white ethnostate.

They capture what Bannon calls his ‘killing machine’ in action, as it dredges up the resentments of people around the world, sifts through these grievances for ideas and content, and propels them from the unsavory parts of the internet up to TrumpWorld, collecting advertisers’ checks all along the way.

And the cache of emails — some of the most newsworthy of which BuzzFeed News is now making public — expose the extent to which this machine depended on Yiannopoulos, who channeled voices both inside and outside the establishment into a clear narrative about the threat liberal discourse posed to America. The emails tell the story of Steve Bannon’s grand plan for Yiannopoulos, whom the Breitbart executive chairman transformed from a charismatic young editor into a conservative media star capable of magnetizing a new generation of reactionary anger. Often, the documents reveal, this anger came from a legion of secret sympathizers in Silicon Valley, Hollywood, academia, suburbia, and everywhere in between.

'I have said in the past that I find humor in breaking taboos and laughing at things that people tell me are forbidden to joke about,' Yiannopoulos wrote in a statement to BuzzFeed News. 'But everyone who knows me also knows I'm not a racist. As someone of Jewish ancestry, I of course condemn racism in the strongest possible terms. I have stopped making jokes on these matters because I do not want any confusion on this subject. I disavow Richard Spencer and his entire sorry band of idiots. I have been and am a steadfast supporter of Jews and Israel. I disavow white nationalism and I disavow racism and I always have.’

He added that during his karaoke performance, his 'severe myopia' made it impossible for him to see the Hitler salutes a few feet away.

Steve Bannon, the other Breitbart employees named in the story, and the Mercer family did not respond to multiple requests for comment.

Like all the new media success stories, Breitbart’s alt-right platform depends on the participation of its audience. It combusts the often secret fury of those who reject liberal norms into news, and it doesn’t burn clean.

Now Bannon is back at the controls of the machine, which he has said he is ‘revving up.’ The Mercers have funded Yiannopoulos's post-Breitbart venture. And these documents present the clearest look at what these people may have in store for America..."

(Via.).  Here's How Breitbart And Milo Smuggled White Nationalism Into The Mainstream: