From Lincoln to Trump, how presidents console families of fallen soldiers - The Washington Post 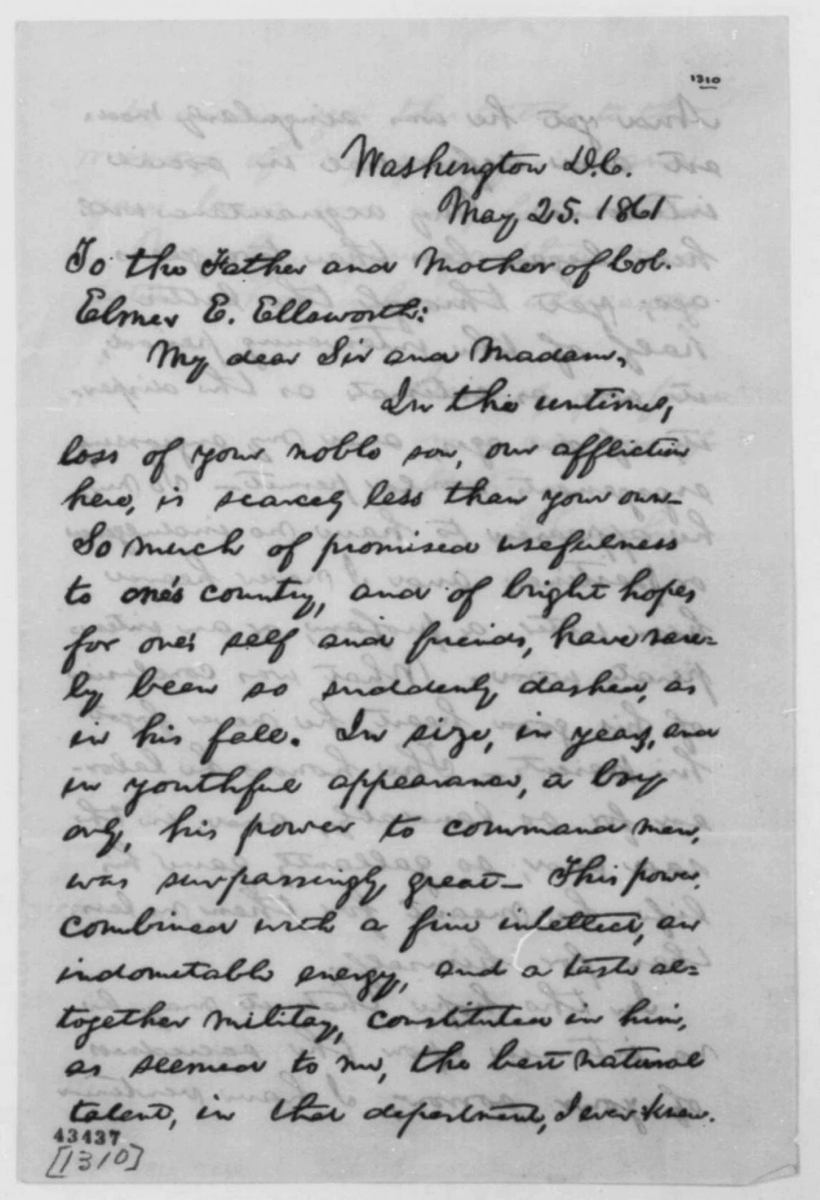 On May 25, 1861, Abraham Lincoln sat down to write a New York oyster salesman and his wife what was probably his first condolence letter of the Civil War.

“My dear Sir and Madam,” he began, “in the untimely loss of your noble son, our affliction here, is scarcely less than your own.”
The president had known the late Col. Elmer E. Ellsworth before the war, and found in him “a fine intellect, an indomitable energy. … And yet he was singularly modest and deferential in social intercourse.”

The day, before Ellsworth, 24, had been shot and killed in Alexandria, Va., by a Confederate sympathizer as he pulled down a Rebel flag flying from the roof of a hotel across the Potomac River from Washington.
It was one of the early deaths of the Civil War, then only a few weeks old, in a conflict that would claim tens of thousands of lives during the next four years.

And Lincoln’s letter to Ellsworth’s parents, Ephraim and Phoebe, is one of the most moving in American history: “In the hope that it may be no intrusion upon the sacredness of your sorrow, I have ventured to address you this tribute to the memory of my young friend, and your brave and early fallen child…”

From Lincoln to Trump, how presidents console families of fallen soldiers - The Washington Post: ""