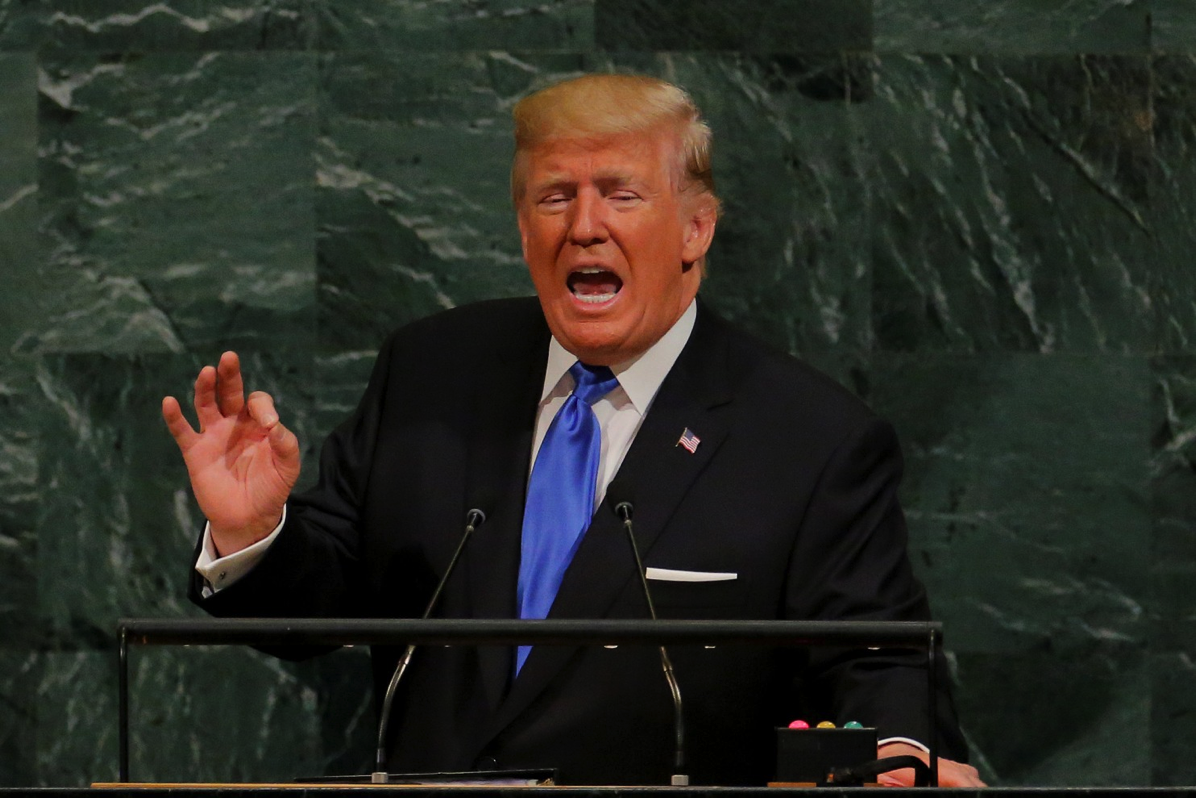 "The worst aspect of President Trump’s speech at the United Nations on Tuesday was not his immature taunting of a dangerous foreign leader when the stakes far outweigh those of a schoolyard fight.

Calling North Korean dictator Kim Jong Un ‘Rocket Man’ may make Trump happy by reminding him of the glory days of ‘Little Marco,’ ‘Lyin’ Ted’ and ‘Crooked Hillary.’ But it does nothing to win over the allies we need.

Read These Comments The best conversations on The Washington Post Sign up And his threat ‘to totally destroy North Korea’ is what you’d expect to hear in a bar conversation from a well-lubricated armchair general, not from the leader of the world’s most powerful military.

But the most alarming part of an address that was supposed to be a serious formulation of the president’s grand strategy in the world was the utter incoherence of Trump’s ‘America first’ doctrine.

The speech tried to rationalize ‘America first’ as a great principle. But every effort Trump made to build an intellectual structure to support it only underscored that his favored phrase was either a trivial applause line or an argument that, if followed logically, was inimical to the United States’ interests and values..."