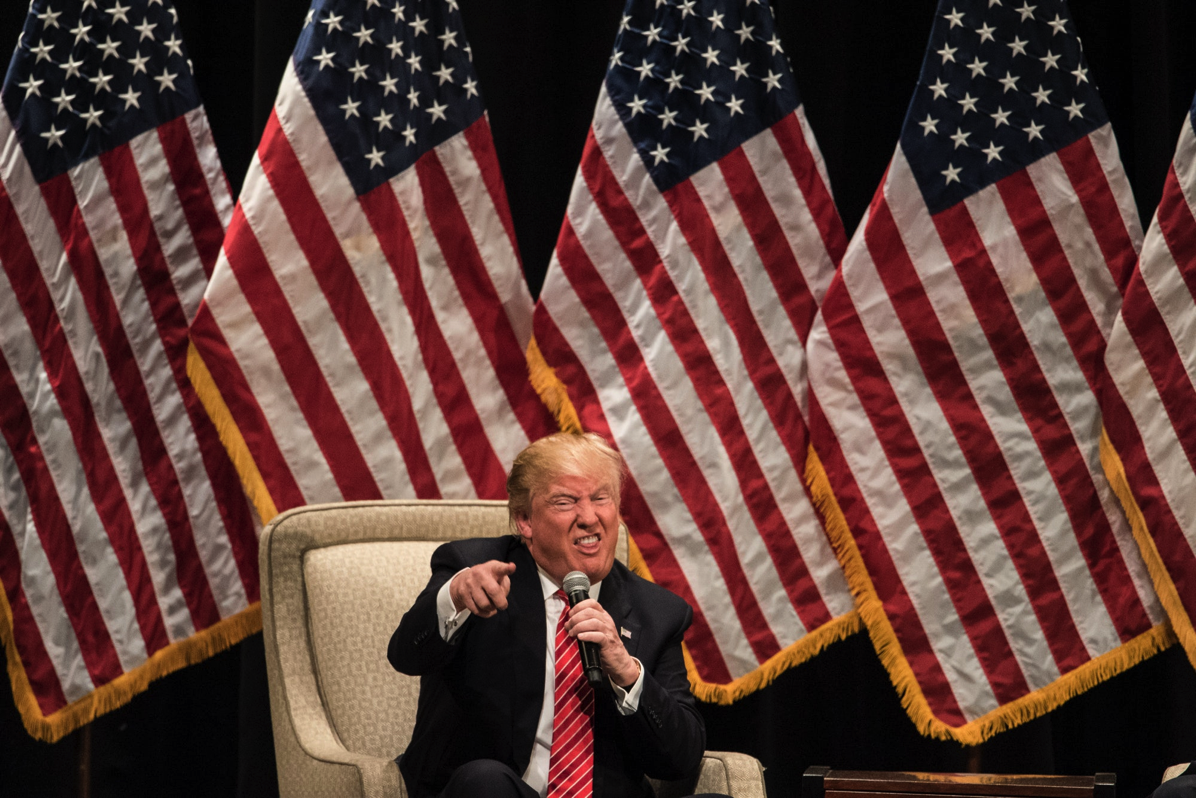 "Is Donald Trump a white trash icon? His hair is as teased and artificial as Dolly Parton’s; his eternally pursed lips recall Elvis’s, minus the sensuality; his orange skin suggests the kind of cosmetic mask that Tammy Faye Bakker once kept between herself and her viewers. Ten years ago, he even went so far as to gamely don a pair of overalls and perform the Green Acres theme, alongside a giggling Megan Mullally, at the Emmys.

WHITE TRASH: THE 400-YEAR UNTOLD HISTORY OF CLASS IN AMERICA by Nancy IsenbergViking, 480 pp., $28.00MOST POPULAR
Today, commentators who try to make sense of Trump’s mass appeal often fall back on “white trash” signifiers, even if the term itself never rises above the level of subtext. A recent New York Times article announced that counties most likely to contain Trump supporters were also likely to be populated by mobile home residents who had no high school diplomas, worked “old economy” jobs, and listed their ancestry as “American” on the U.S. census. Trump’s public persona is the kind of brash, ball-busting bully you want on your side when you have become convinced that no one else will stand up for you. His campaign strategy may be unfamiliar to the democratic process—or at least to its public face—but he comes from a long and well-established tradition of heavies, henchmen, and block bosses. He is, in other words, the kind of leader who might well be called on by a population demographer William Frey described to the Times as “nonurban, blue-collar and now apparently quite angry.” Or, to put it in the kind of blunt terms we associate with the candidate: White trash.

If Trump’s success has indeed been driven by the “nonurban, blue-collar” and “quite angry,” then he is only exploiting a demographic that is as integral to American identity as the Founding Fathers. “The white poor,” historian Nancy Isenberg writes in her new book White Trash: The 400-Year Untold History of Class in America,