The Distance Between Donald Trump and Puerto Rico | The New Yorker 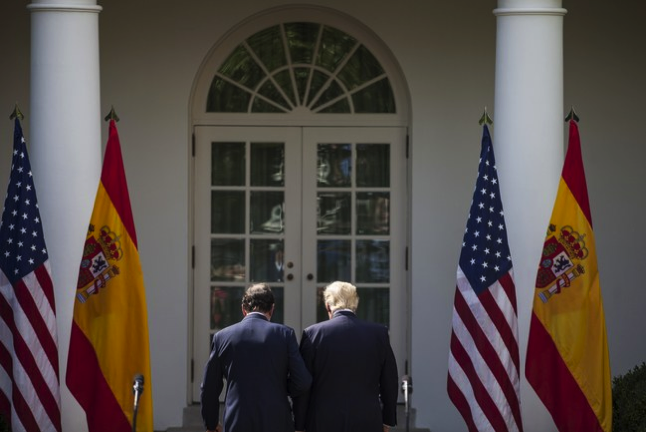 "How far away is Puerto Rico, from President Donald Trump’s perspective?
“This is an island sitting in the middle of an ocean. And it’s a big ocean, it’s a very big ocean,” he said, on Tuesday morning, before a meeting with House members. Puerto Rico is, indeed, an island, but it is also an American island, inhabited by three and a half million United States citizens who are in immediate danger, owing to the havoc wrought by Hurricane Maria. The storm made landfall on the commonwealth more than a week ago as a Category 4 hurricane and swept it from end to end, destroying fields of crops and ripping the façades off of apartment buildings. Relief workers have still not been able to reach some towns in the interior.

Trump announced that he would visit Puerto Rico and the U.S. Virgin Islands, which were also hard hit, next Tuesday, which he said was the soonest practical date. Meanwhile, the majority of people in Puerto Rico remain without clean water, the electricity grid is inoperable, cell towers are down, roads are impassable, food is rotting, and many of the elderly and the sick have been left without care. All of this is happening in America, rather than some place distant from this country. But instead of emphasizing that closeness, or a sense of mutual obligation, Trump has, so far, focussed on how different Puerto Rico is, and what its people owe him, which is, above all, their gratitude.

“We have been really treated very, very nicely by the governor and by everybody else,” Trump said later, during a press conference on Tuesday afternoon with Mariano Rajoy, the Prime Minister of Spain. Trump was referring to the governor of Puerto Rico, Ricardo Rosselló, and his colleagues. “They know how hard we’re working and what a good job we’re doing.” When a reporter nonetheless asked Trump whether he had perhaps spent a disproportionate amount of time tweeting complaints about N.F.L. players kneeling during the national anthem, when he should have been rallying support for Puerto Rico, Trump bristled, and insisted that his attacks on the players were important for America. Then he went back to talking about what he had done for Puerto Rico—“I have plenty of time on my hands”—adding that the governor “is so grateful for the job we are doing. In fact, he thanked me specifically for fema and all the first responders.” Trump described that praise as “incredible” and “amazing,” and said, “We have had tremendous reviews from government officials.”

The Distance Between Donald Trump and Puerto Rico | The New Yorker: ""