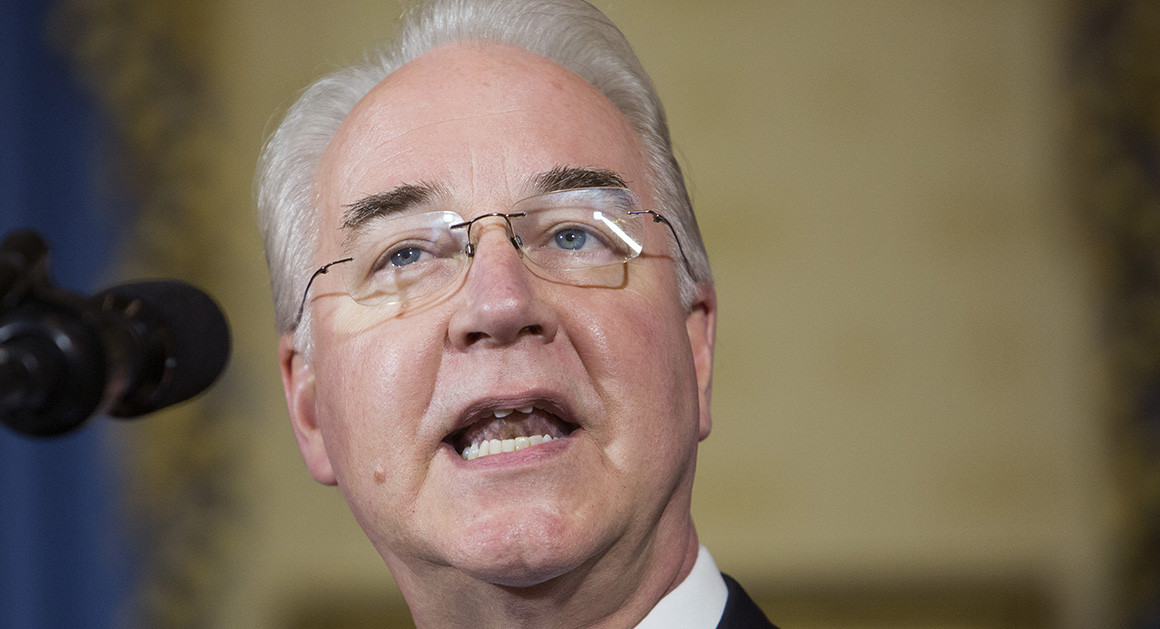 "Health and Human Services Secretary Tom Price took a government-funded private jet in August to get to St. Simons Island, an exclusive Georgia resort where he and his wife own land, a day and a half before he addressed a group of local doctors at a medical conference that he and his wife have long attended.

The St. Simons Island trip was one of two taxpayer-funded flights on private jets in which Price traveled to places where he owns property, and paired official visits with meetings with longtime colleagues and family members. On June 6, HHS chartered a jet to fly Price to Nashville, Tennessee, where he owns a condominium and where his son resides. Price toured a medicine dispensary and spoke to a local health summit organized by a longtime friend. He also had lunch with his son, an HHS official confirmed."