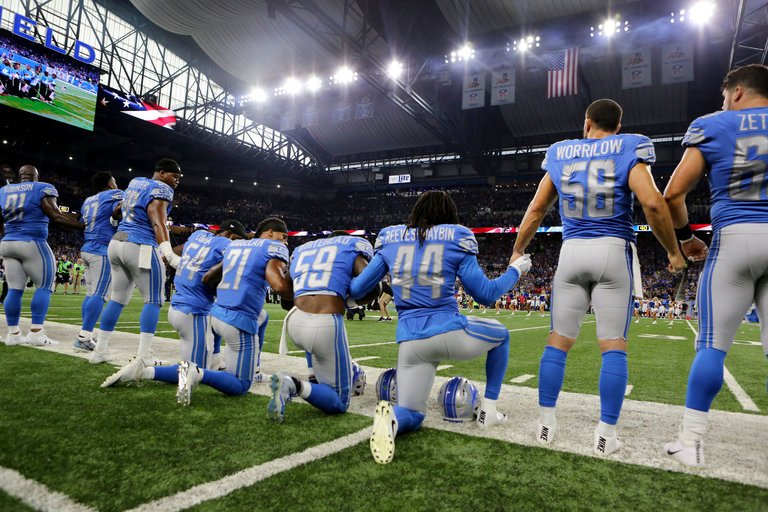 "On three teams, nearly all the football players skipped the national anthem altogether. Dozens of others, from London to Los Angeles, knelt or locked arms on the sidelines, joined by several team owners in a league normally friendly to President Trump. Some of the sport’s biggest stars joined the kind of demonstration they have steadfastly avoided.

It was an unusual, sweeping wave of protest and defiance on the sidelines of the country’s most popular game, generated by Mr. Trump’s stream of calls to fire players who have declined to stand for the national anthem in order to raise awareness of police brutality and racial injustice.

What had been a modest round of anthem demonstrations this season led by a handful of African-American players mushroomed and morphed into a nationwide, diverse rebuke to Mr. Trump, with even some of his staunchest supporters in the N.F.L., including several owners, joining in or condemning Mr. Trump for divisiveness."

(Via.).  Fueled by Trump’s Tweets, Anthem Protests Grow to a Nationwide Rebuke - The New York Times: