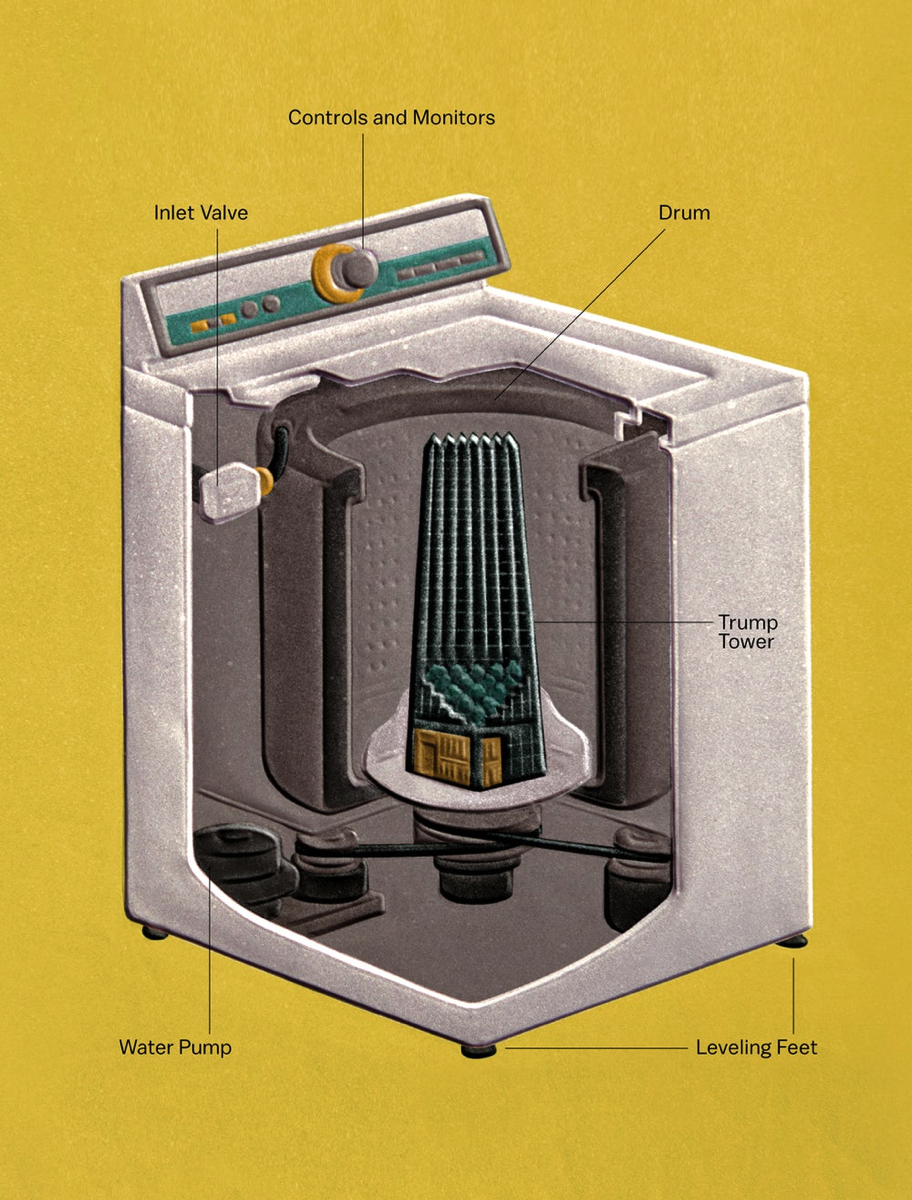 "...A review of the public record reveals a clear and disturbing pattern: Trump owes much of his business success, and by extension his presidency, to a flow of highly suspicious money from Russia. Over the past three decades, at least 13 people with known or alleged links to Russian mobsters or oligarchs have owned, lived in, and even run criminal activities out of Trump Tower and other Trump properties. Many used his apartments and casinos to launder untold millions in dirty money. Some ran a worldwide high-stakes gambling ring out of Trump Tower—in a unit directly below one owned by Trump. Others provided Trump with lucrative branding deals that required no investment on his part. Taken together, the flow of money from Russia provided Trump with a crucial infusion of financing that helped rescue his empire from ruin, burnish his image, and launch his career in television and politics. “They saved his bacon,” says Kenneth McCallion, a former assistant U.S. attorney in the Reagan administration who investigated ties between organized crime and Trump’s developments in the 1980s.

It’s entirely possible that Trump was never more than a convenient patsy for Russian oligarchs and mobsters, with his casinos and condos providing easy pass-throughs for their illicit riches. At the very least, with his constant need for new infusions of cash and his well-documented troubles with creditors, Trump made an easy “mark” for anyone looking to launder money. But whatever his knowledge about the source of his wealth, the public record makes clear that Trump built his business empire in no small part with a lot of dirty money from a lot of dirty Russians—including the dirtiest and most feared of them all..."