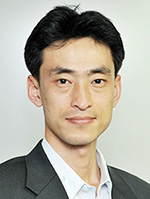 "Interesting; "...Some critics branded Moon as an idealist full of premature ideas about North Korea, referring to his "futile" efforts to bring it back to the negotiations.

But my thinking is he clearly understands what he is doing. He is rather becoming a shrewd strategist through active contacts with the leaders of powerful countries.

In his first meeting with the Cabinet since returning from the G20 gathering in Germany, he revealed his frustrations with Seoul's inability in handling the North Korean nuclear crisis.

Commenting on conflicts of interest among the superpowers involved, he lamented, "We are not strong enough to resolve this problem. We have no power to arrange a settlement (among the concerned countries), either."

Days after the meeting, Moon vowed to build up the country's military strength while announcing his administration's five-year policy roadmap.

"We can maintain peace only when we have dominant military forces over North Korea," he said.

According to his aides at Cheong Wa Dae, Moon deliberately avoided topics related to the U.S. anti-missile Terminal High Altitude Area Defense in South Korea during his summit with U.S. President Donald Trump in late June. Instead, he consumed considerable time in seeking Trump's understanding about why South Korea needs a stronger military, and how it is helpful for Washington in containing Pyongyang.

Media reports show, during the summit, Moon raised the issue of revising the Seoul-Washington missile development guidelines so Seoul can double the maximum weight of warheads on its ballistic missiles from the current 500 kilograms. Moon maintained that South Korea should be allowed to have more powerful missiles to destroy underground facilities in the North in the event of a contingency.

Revising the guidelines is expected to be on the agenda during the annual Korea-U.S. Security Consultative Meeting and their Integrated Defense Dialogue this year.

There is also speculation Moon is seeking U.S. consent to develop a nuclear-powered attack submarine to deter threats from the North's submarine-launched ballistic missile."