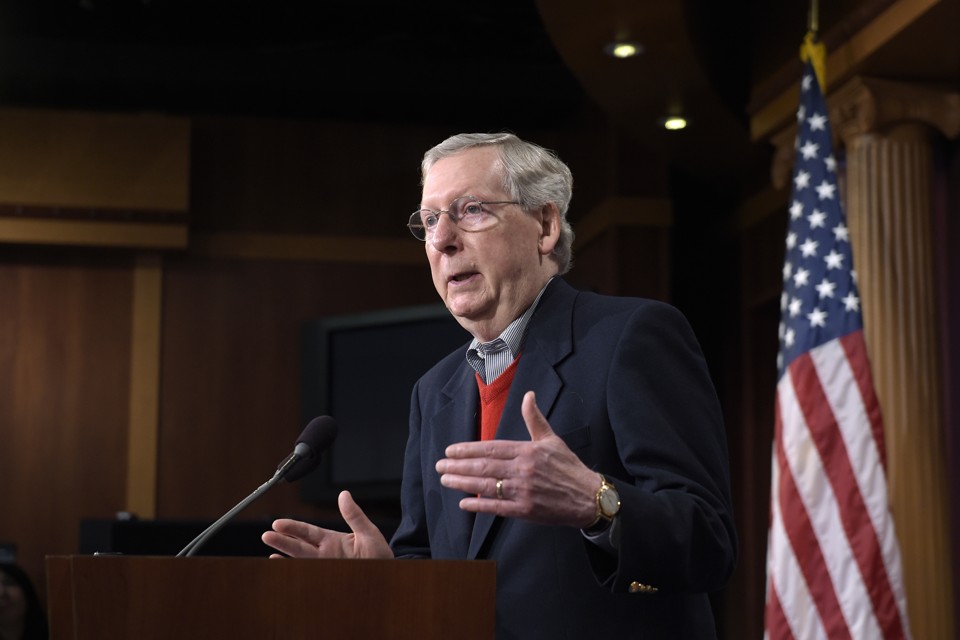 "The Senate will investigate claims that Russia interfered in the election on behalf of Donald Trump—whether the president-elect likes it or not.

Senate Majority Leader Mitch McConnell on Monday gave his backing to bipartisan inquiries after the CIA reportedly concluded that not only did Russia meddle in the campaign, it did so with the goal of elevating Trump over Hillary Clinton. Trump has mocked the CIA and dismissed the suggestion of Russian hacking as the whining of Democratic sore losers, even after GOP Senators John McCain and Lindsey Graham joined the call for a formal congressional investigation.

On Monday, McConnell broke sharply with Trump on the Russia question and in his confidence in the CIA’s credibility. “The Russians are not our friends,” he told reporters at the Capitol, as he recited a series of examples of how Russia has escalated hostility with its neighbors—including its invasion and annexation of Crimea—and acted counter to U.S. interests. “I think we ought to approach all of these issues on the assumption that the Russians do not wish us well.”