Russia and the U.S. Election: What We Know and Don’t Know - The New York Times 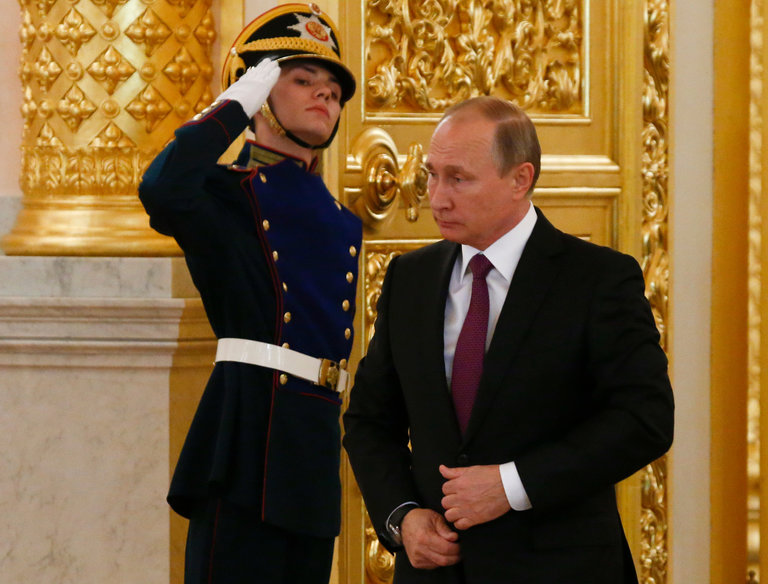 "Why does the C.I.A. think Russia wanted to help Mr. Trump?

• The C.I.A.’s assessment is not public, but is thought to turn on another alleged hack. Russia also hacked data from the Republican National Committee but declined to release whatever it found, intelligence agencies told Congress. That has given credence to theories that Moscow actively favored the party’s candidate.

• Mr. Trump has repeatedly promised to realign the United States with Russia and has praised its president, Vladimir V. Putin. Many in Moscow view Mrs. Clinton as hostile to Russia.

• The evidence in any assessment of Russian government motives is circumstantial, and not all American intelligence agencies share the C.I.A.’s view.

• The timing suggests that, if Moscow decided to help Mr. Trump, it did so only after hacking the servers of both parties’ national committees. Both were infiltrated well before Mr. Trump’s rise.

• Mr. Trump, at a July news conference, publicly urged Russia to hack Mrs. Clinton’s emails. But this could not have precipitated or encouraged the Russian hacks — they had taken place months earlier.

• Russian state media outlets have favored Mr. Trump and opposed Mrs. Clinton, but their reach in the United States is limited. (Their influence in Europe is much stronger.)

• A firm called PropOrNot claimed that the Russian government had flooded American social media with fake election news. But several independent analysts challenged the report’s methodology, which classified mainstream sites as Russian propaganda and did not demonstrate a link to Moscow.

• Fake news is a growing problem, at times driven by companies in Eastern Europe that write and spread the articles. But those companies appear to be motivated by profit-seeking rather than any political agenda.

What was Russia’s goal in meddling?

• There are two schools of thought: first, that Russia sought to weaken the United States by stirring up uncertainty and miring Mrs. Clinton, who seemed all but certain to win, in scandal; and second, that Russia sought specifically to elevate Mr. Trump to the presidency.

• Those theories are not mutually exclusive. For instance, Moscow may have started with the first goal and then added the second as a hoped-for bonus.

• Russia is waging similar campaigns across Europe, at times through cyberattacks and selective leaks, with the apparent goal of undermining Western unity.

• The Kremlin sees itself as under siege by a hostile West that it perceives as bent on Russia’s destruction. Russian military leaders advocate shadowy “new generation warfare” — through propaganda and cyberattacks, for example — to destabilize adversaries from within.

• Not all misconceptions are directed by Moscow, however. Social media rumors that overstate Russia’s involvement in the United States election risk playing into Moscow’s goal of undermining Americans’ faith in the legitimacy and integrity of their democracy."

Russia and the U.S. Election: What We Know and Don’t Know - The New York Times
Posted by John H Armwood II at 6:11 PM